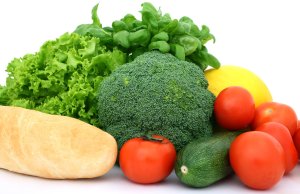 The Global Alliance for Improved Nutrition (GAIN), headquartered in Geneva, is an alliance driven by the vision of a world without malnutrition. GAIN's mission is to reduce malnutrition through food fortification and other sustainable strategies aimed at improving the health and nutrition of populations at risk.

GAIN mobilizes public-private partnerships and provides financial and technical support to deliver healthier foods and supplements to vulnerable populations. Innovative partnership projects in 26 countries reach over 200 million people with fortified foods. More than half of these individuals are women and children. GAIN's Nutrition Program aims to reach one billion people.

GAIN was created in 2002 at a Special Session of the UN General Assembly on Children and became a Swiss foundation in 2003.

Undernutrition is the underlying cause of more than 53 percent of all child deaths that occur annually, including those from infectious diseases, pneumonia, diarrhea, measles and malaria, according to a new analysis by researchers with the Johns Hopkins Bloomberg School of Public Health and the World Health Organization.

Childhood undernutrition, defined as underweight or low-weight-for-age, is the leading risk factor contributing to the global burden of disease. The researchers said they believe that strategies to prevent undernutrition should be one of the top priorities in the global effort to reduce child mortality. Their study appears in the July 1, 2004, issue of the American Journal of Clinical Nutrition.

"Malnutrition does not have to be severe to have a significant impact on child health and survival," explained lead author Laura E. Caulfield, PhD, an associate professor with the Bloomberg School's Center for Human Nutrition. "Our analysis shows that even children who were small, but whose weight would not classify them as malnourished, were twice as likely to die as children in our reference group," she said.

This analysis confirms earlier research that showed that 55 percent of all child deaths were due to undernutrition. However, the new analysis went further. It examined whether the risk of dying due to being underweight varies by cause of death. Using data from 10 large cohort studies from sub-Saharan Africa and Southeast Asia with information on weight-for-age z score and survival or death by cause, researchers calculated the mortality rates by anthropometric status and cause of death (including diarrhea, pneumonia, malaria and measles) in each study.